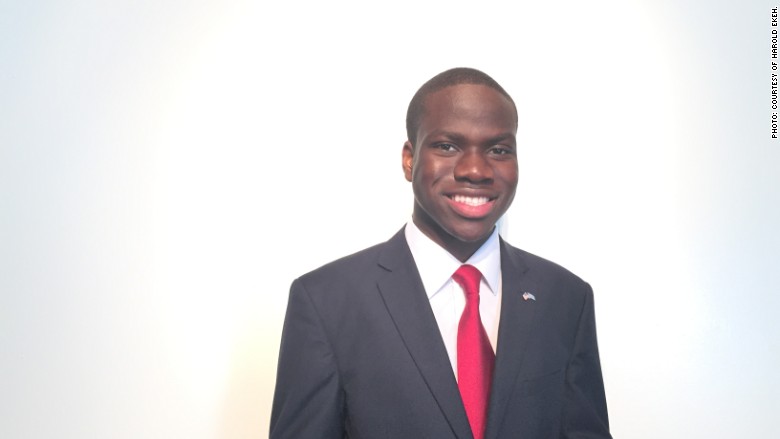 High school senior Harold Ekeh didn’t just get into one Ivy League university. He was accepted into all eight.

Now comes the really hard part: Deciding where to go. He actually got into all 13 schools he applied to, including MIT and Johns Hopkins.

“I am leaning toward Yale,” he told CNNMoney. “I competed at Yale for Model UN, and I like the passion people at Yale had.”

Some of the Yale students he met became his friends and mentors, offering advice on the college application process. Now Ekeh is trying to do the same thing.

Read the rest of the story here