This is a letter/attempt to enlighten you, and although you might not read this, I assure you, those who do will benefit from it.

Excuse my poor attempts to paraphrase your words

“People need to work hard for what they want, because anything that’s worth it is hard and needs to feel that way”…so to speak Mallory Michelle Trainer

There are endless resources on this, so click here to read about someone else’s opinion.  Before I read that article, my own tried and trued theories that coincided with it.  So let me directly tackle your quote.  True, anything that’s worth anything is supposed to have a level of difficulty, but when it comes to exercise, the conversation needs to be adjusted.  Most people who don’t exercise regularly usually cite time as their biggest obstacle, yet most of those people have some very time consuming habits like social media and television to say the least.  In order for people to change habits, their habits have to be molded. Habit molding is the most difficult thing to do. In case you don’t know this, America is a really heavy country and it’s not because they are scared to do something difficult, it’s because they have formed bad habits.  To form good habits, you have to trick the brain. Your brain tells you to brush your teeth, and take a shower everyday, but imagine if you brushed your teeth and took a shower and felt exhausted after.  Imagine if you brushed your teeth and took a shower and knew you would have to do that for months before you could feel clean.  Imagine if you had a hygiene trainer telling you how to brush your teeth and shower everyday for months, with an intensity that makes you hate brushing your teeth and showering.

That’s what most people, personal trainers the most, don’t quite understand.  Personal trainers are not mental health professionals, neither am I, but I know a little about brain science. Frequency is more important than intensity in exercise.  Most people can’t or don’t want to look like this. 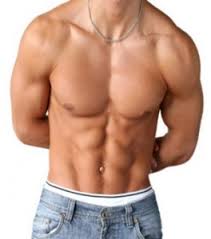 To look like that is a full-time exercising and eating job that can seriously diminish your quality of life.  To trick the brain, you have to minimally challenge the brain, and when you challenge the brain minimally for the right amount of time, you have what we know has a habit. When you were younger, your parents either brushed your teeth or made/reminded you to do it.  Now as an adult, you do it involuntarily.  The challenge your brain received came from an external source, but it was nonetheless a daily small challenge that grew into a lifelong involuntary habit.

People who don’t exercise see the challenge as way too big.  Even if they feel up to it, mental fatigue can set it very quickly and they’ll stop going to the gym after Valentine’s day in a new year.  You’ll hear them “Man it feels so good to workout, and I’m seeing results too girl!!!” But it only lasted for a month.  It’s because the challenge was not minimal enough.  If I told you, you could get in shape by working out 1 minute a day, most people would do it. Now if I said, every two weeks you need to work out for 1 more minute, again most people would do it.  Even though, they wouldn’t look like greek gods, the point of exercise is not to look cut, it’s to be healthy.  Everyone’s genes are different Mallory.  Some are not born very athletic, some are. Meaning different people have different tolerances and excitement for exercise.  Most people cannot afford a personal trainer for life, yet exercise is supposed to be for life. At some point in time, people have to find their own motivation to exercise, and that motivation can get hard if a well founded exercise habit has not been created.

To truly build an exercise habit, you have to start almost ridiculously slow with as little intensity as possible. The first time you were being taught to drive a car wasn’t on I-285.  The people who rely on personal trainers won’t rely on them for life. Hence, when they run out of personal trainer funds, who’s gonna yell at them to do one more burpee.  People need a brain trick to tell them to just get up and move, while not scaring them into thinking they don’t have time or energy to accomplish the goal. The brain will eventually reject exercise subconsciously, and they’ll be among the masses of people who never become life long exercisers.

Exercise for 1 minute of resistance work and 1 minute of cardio, then GO HOME!!!!!! Do this every other day.

If you’ve been out of shape for years, another year should not affect you (it will affect the people who just want to get in shape for a wedding or summer or blah blah). By week 30, you’ll be exercising for an hour. At this point you can stop the time progressions, unless you’re trying to be a professional athlete.  Along the way, you should also mildly increase the intensity on a monthly basis and also vary the exercise weekly.  After week 30, intensity will be your only progression, since you’d be at more than necessary one-hour workout goal. So to increase intensity for example:

Month 1: Jog on the treadmill at 4mph

And so on, and so forth.  Again, how many people would go to the gym if their exercise program felt this easy?! Mostly all.  The trick is that after it becomes a full-time habit with progressions a part of the program, over time, the lack of intensity the program started with will be nullified.  That’s how you trick your brain and exercise without dreading it! That’s how you work smart, not just hard.

So Mallory, as a personal trainer, your goal is to lose clients after a while, because everyone can’t stay in school forever.  They’ll eventually graduate and learn small things every now and then as life goes.

Now can we get some green tea?!