Michael Bennett disagrees with Richard Sherman and I disagree with him 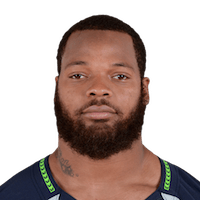 Read the Huffington Post Story here. But here is an excerpt and my response.

Bennett was disagreeing with what Richard Sherman said-Click here to read it.

I disagree Michael Bennett.  If it was about injustice, BLM wouldn’t rail against and disrupt Bernie Sanders.  They are attempting to make a social and political statement that police brutality is the most pressing and influential issue worth interrupting aspiring candidates’ speeches, protesting in large mass, and uniting for a cause. It’s not. Police brutality creates flash points, where the internal and external conflicts affecting minority communities reach a climax.  That climax will never tell the full story. We watch movies from the start, not the middle so we can see the full story. There is a vicious cycle at play where the police perceive black communities with less regard, the same regard we perceive each other with (Yes, I know the history of why).  Without perceiving each other with higher esteem and respect, no policing force or community presence can protect people who don’t value their own life and the life of their neighbors.  Hence black-on-black crime is very relevant, because it influences the way these people who are sworn to serve and protect view us. It’s hard to view people better than they view themselves.

Saying you’re killing us, when we’re killing us worse should not be the first thing we say. It does deserve to be said, and the fact that we can unite to champion a cause is positive but not enough. Black lives do matter, not just when cops kill them, but everyday. Every 4th of July weekend in Chicago, every time someone steps on your Jays in the club, every time someone sags their pants, or sells drugs, or decides to lose dignity for money, or ruins their credit, or forgoes education, or disrespects themselves etc. Black lives do matter, but if you put black instead of all, it’s too easy to forget that race is only skin deep. MLK and civil rights won, because they made the world see that all lives matter.  So BLM, don’t only interrupt Bernie Sanders, find the gang leaders and interrupt their shootings and other activity.  Find yourself and interrupt yourself when you partake in things that glorify a negative culture that affects the way you and your community looks.

Michael Bennett disagrees with Richard Sherman and I disagree with him

(A.T.M.W.D-AND THE MIC WAS DROPPED) Richard Sherman speaks about BLM

I’m sorry you had to go through that but…..BE SMARTER PEOPLE